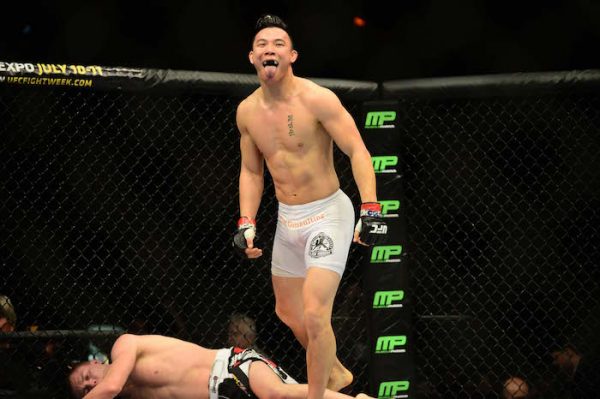 Two new fights have been announced for October’s UFC Fight Night 97 in the Philippines as James Moontasri meets Alex Morono in a welterweight bout and Dongi Yang faces Ryan Janes in a middleweight bout.

The fight bookings were announced by the UFC on Saturday.

UFC Fight Night 97 will come from the Mall of Asia Arena in Manila, Philippines on October 15 and will be headlined by a featherweight bout as Ricardo Lamas meets B.J. Penn.

Yang (13-3) returned to the UFC last year at UFC Fight Night 79 and defeated Jake Collier by TKO in the second round. He is currently on a three fight winning streak and twelve of his thirteen wins have come by TKO/KO. Janes (8-1) was signed by the UFC earlier this year and is currently on a seven fight winning streak. He was scheduled to make his UFC debut last week at UFC on FOX 21, but the fight was scratched when his opponent was pulled from the event due to a potential anti-doping policy violation.

The current UFC Fight Night 97: Lamas vs. Penn fight card is below.