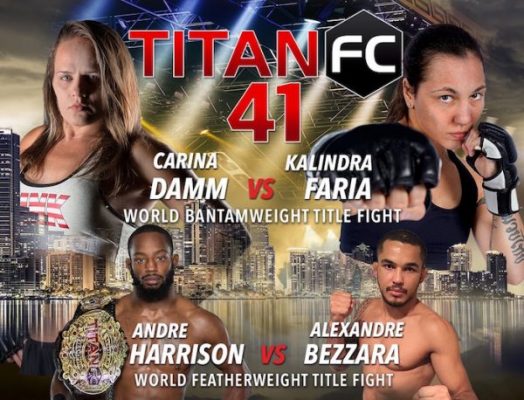 Friday’s Titan FC 41 has seen another change as Valdir Araujo is out of the fight card due to undisclosed reasons and stepping up on a couple of days notice to face Taylor Krahl will be Robert Turnquest.

The fight change was announced by Titan FC officials on Wednesday.

Titan FC 41 will come from the BankUnited Center in Coral Gables, Florida on Friday and will be headlined by a title fight as Carina Damm will meet Kalindra Faria for the inaugural women’s Titan FC bantamweight title.

The current Titan FC 41: Damm vs. Faria fight card is below.