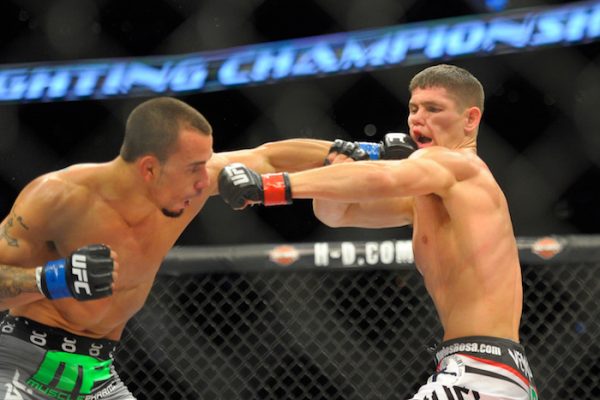 Video: Sean Soriano explains why distance will be a key to victory at CES MMA 38

The main event of next week’s CES MMA 38 will be a battle between UFC veterans as Sean Soriano will meet Levan Makashvili in a featherweight bout on the fight card coming from the Foxwoods Casino and Resort in Connecticut.

Soriano (9-4) enters this fight following a defeat in March at Legacy Fighting Championship 52 against Thomas Webb and he has gone 1-1 since exiting the UFC. CES MMA 38 will mark the second time that Soriano has competed in the promotion as he defeated Lee Metcalf in his previous appearance in the promotion.

I had the opportunity to talk with Soriano about his fight next Friday night against Makashvili at CES MMA 38. During our interview, Soriano explained why distance will be a key to victory and also talked about his relationship with Blackzilian coach Henri Hooft.