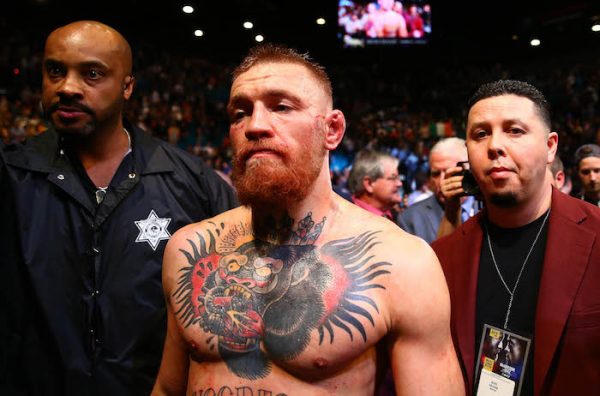 UFC featherweight champion Conor McGregor has been fined 5 percent of his show purse at UFC 202 ($150,000) and 50 hours of community service for his part in the incident during the UFC 202 Pre-Fight Press Conference.

The punishment for McGregor was delivered today during the monthly Nevada Athletic Commission meeting in Las Vegas.

Initially, the Nevada State Attorney General recommended a fine of $25,000 and 25 hours of community service. Shortly after this recommendation was stated before the commissioners, McGregor told the commission by phone that he would accept any punishment that was handed down.

Shortly after McGregor made that statement, the commissioners went into deliberation. Commissioner Pat Lundvall made it known that she felt a fine of $25,000 was not enough of a financial punishment of the situation and mentioned a fine of 5-10 percent of his show purse.

After a lengthy discussion about what the fine should be, Lundvall filed a motion for a 5 percent fine of McGregor’s $3,000,000 show purse at UFC 202 and 50 hours of community service, which was unanimously approved.