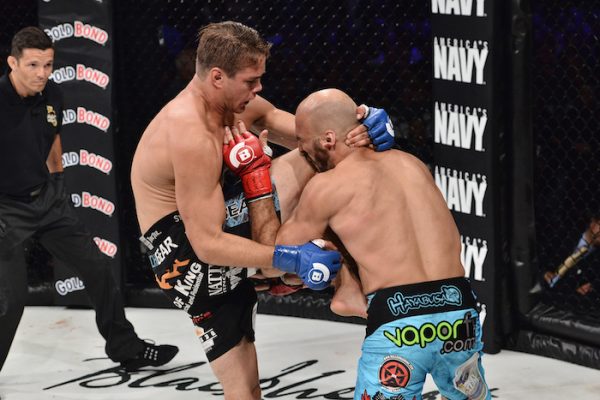 Derek Anderson is planning to return to lightweight following Bellator 163

Derek Anderson will be moving up to the welterweight division in six days at Bellator 163 as he will meet Paul Daley on the fight card coming from the Mohegan Sun Arena in Uncasville, Connecticut.

Anderson (14-2, 1NC) enters this fight with back to back victories and he is coming off a decision win against Saad Awad at Bellator 160. Since entering Bellator in 2013, Anderson has gone 5-2 and was a semifinalist in the lightweight tournament during season ten of Bellator.

During this week’s edition of “The MMA Report Podcast,” Anderson was a guest on the show to preview his upcoming fight against Daley and explained that he plans to return to lightweight following Bellator 163.