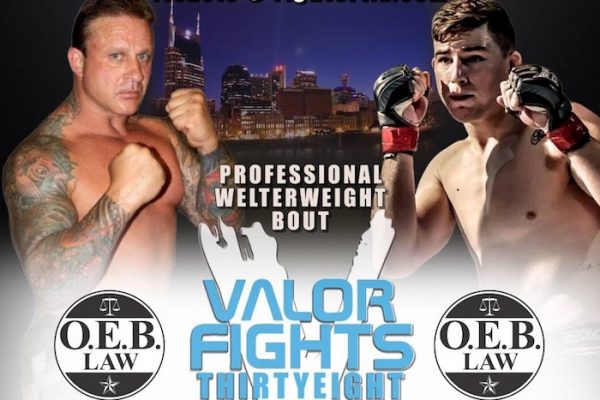 The fight booking was announced by Valor Fights in a press release on Tuesday and the promotion also revealed that Ace Samuels will face Edward Massey in a catchweight bout of 140 pounds.

Valor Fights 38 will take place on November 5 from the Nashville Fairgrounds Arena in Nashville, Tennessee and will be headlined by a catchweight bout of 150 pounds as Nick Gehrts meets Zack Hicks.

Cash has competed in several different professional wrestling promotions including WWE and has gone 7-3 in mainly unsanctioned bouts. He most recently wrestled in December and is excited for his upcoming challenge at Valor Fights 38.

“For me, it’s not about the money. I had a lengthy wrestling career, and I did pretty good while I was wrestling. But right now, I’ve had enough of that,” said Cash. “But I still have that drive to compete. I’m a competitor. I like to drive myself harder than probably anyone you know, and I always want to see how far I can possibly take myself.”