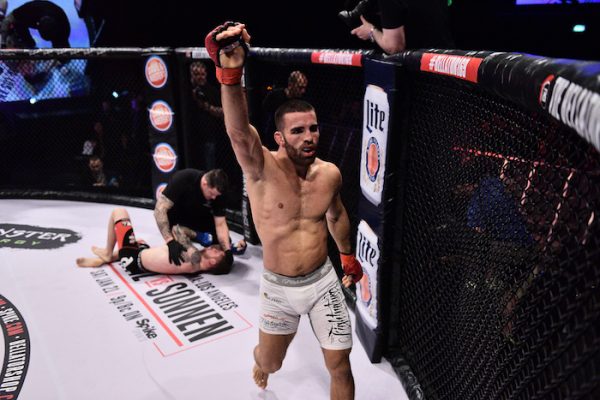 Bellator 169 took place this past Friday night from the 3Arena in Dublin, Ireland and was headlined by Muhammed “King Mo” Lawal remaining undefeated in heavyweight fights as he defeated Satoshi Ishii by unanimous decision.

In the co-main event of the fight card, featherweight prospect James Gallagher remain undefeated in his young career as he scored his fourth career submission victory with a win in the third round against Anthony Taylor.