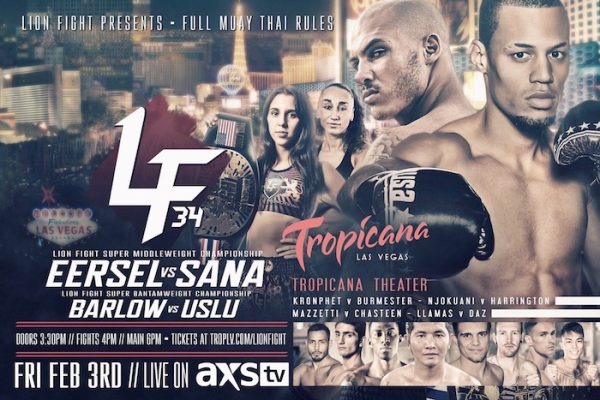 Anthony Njokuani will return to Muay Thai on Friday night at Lion Fight 34 as he will face Chris Harrington in a super middleweight bout on the fight card coming from the Tropicana in Las Vegas.

Njokuani (22-0 Muay Thai, 16-12, 1NC MMA) returns to Muay Thai after dropping five fights in a row in MMA and this will be his first fight since dropping a decision against Leonardo Mafra at FFC 25 in July.

During last week’s episode of “The MMA Report Podcast,” Njokuani talked about his fight on Friday at Lion Fight 34 against Harrington and how he is looking to join his brother in Bellator.