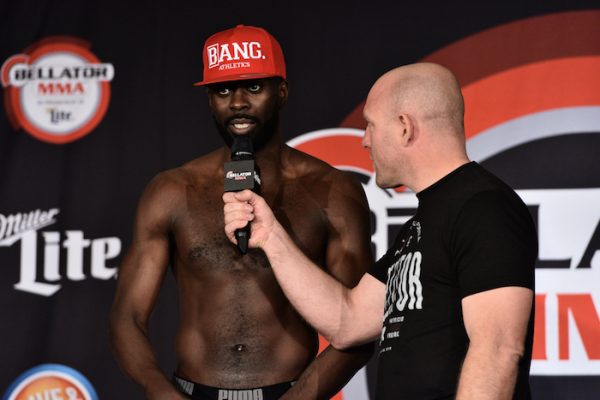 The main event of tonight’s Bellator 171 will be a catchweight bout of 180 pounds as Chidi Njokuani will look to continue his unbeaten streak as he will meet Melvin Guillard on the fight card coming from the Kansas Star Arena in Mulvane, Kansas.

Njokuani (16-4, 1NC) is coming off a 21-second victory against Andre Fialho at Bellator 167 last month and has gone 3-0 in Bellator. He is 8-0, 1NC in his last nine fights and two of this three victories in Bellator have come by TKO/KO.

During this week’s episode of “The MMA Report Podcast,” Njokuani was a guest on the podcast to preview his fight against Guillard in the main event of tonight’s Bellator 171 and stated that he plans to remain at welterweight following this fight.