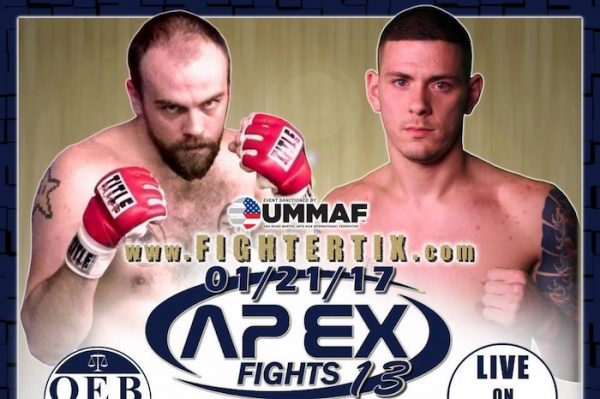 Apex Fights 13 on Saturday will feature a catchweight bout of 173 pounds as David Robins will look for his fifth amateur victory as he will meet Kyle Kohler on the fight card coming from the Soddy Daisy Wrestling Arena in Soddy Daisy, Tennessee.

Robins (4-1) made his amateur debut in 2014 and enters this fight on a three fight winning streak. Two of his four victories have come by submission and he enters this fight following a decision victory over Jrammel Strong at Valor Fights 33.

On this edition of “The MMA Report Podcast Extra,” Robins previews his fight on Saturday against Kohler at Apex Fights 13 and explains how he is intrigued by the unknowns about his opponent.