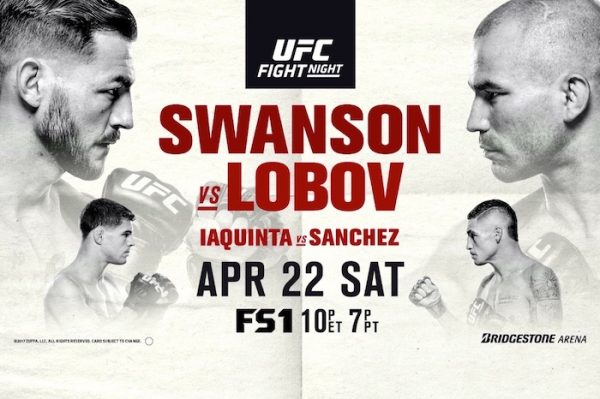 UFC Fight Night 108 took place this past Saturday night at the Bridgestone Arena in Nashville, Tennessee and was headlined by Cub Swanson making his case for a potential title fight in the UFC featherweight division with a decision victory over Artem Lobov.

Along with the victory by Swanson in the main event, the main card also saw stoppage victories by Al Iaquinta and Mike Perry. Iaquinta scored his fifth win in a row with a knockout victory in the opening round against Diego Sanchez and Perry scored a knockout in the second round against Jake Ellenberger.

It should be noted that the UFC went up against stiff competition on Saturday night with NBA playoffs, NHL playoffs and boxing. The NBA playoff game (Golden State vs. Portland, ESPN) went up directly against the UFC fight card and came in with 4,384,000 viewers, while the NHL game drew just over 2 million viewers.

The UFC will return to FOX Sports next month for coverage of UFC 211 from Dallas. Due to auto racing on FS1, the television prelims for the fight card will air on FX and will feature a lightweight bout between former UFC lightweight champion Eddie Alvarez and Dustin Poirier.