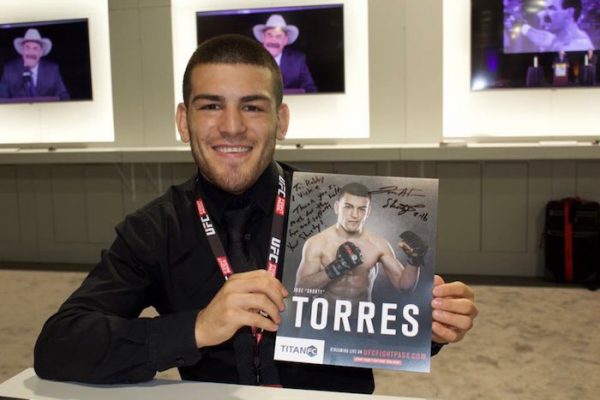 After being turned down twice by UFC, Jose Torres wants to show he’s willing to take risky opponents

Titan FC flyweight champion Jose “Shorty” Torres will look to become a two division champion on Friday night in the main event of Titan FC 44 as he will challenge bantamweight champion Farkhad Sharipov on the fight card coming from the Pembroke Pines City Center in Pembroke Pines, Florida.

Torres (4-0) won the Titan FC interim flyweight title last year at Titan FC 40 with a stoppage victory over Abdiel Velazquez and later became the undisputed Titan FC champion when Tim Elliott was signed by the UFC to compete on The Ultimate Fighter reality show. His first flyweight title defense came at the beginning of the year at Titan FC 43 and only needed 86-seconds to defeat Pedro Nobre.

During last week’s episode of “The MMA Report Podcast,” Torres was a guest on the podcast to preview his fight against Sharipov in the main event of Friday’s Titan FC 44 on UFC Fight Pass.