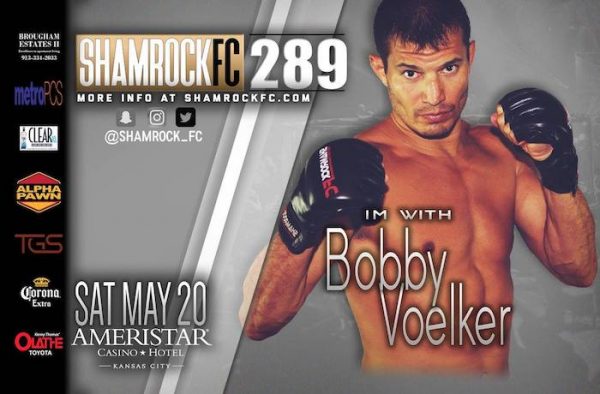 The main event of Saturday’s Shamrock FC 289 will be a vacant welterweight title fight as Bobby Voelker will look to extend his winning streak to six fights when he meets Zak Bucia on the fight card coming from the Ameristar Casino in Kansas City.

Voelker (29-12) is coming off a stoppage victory against Kyle Kurtz at Shamrock FC 276 and that was his only fight in 2016. During his winning streak, four of the five wins have come by TKO/KO and two of those victories have come in the opening round.

During last week’s episode of “The MMA Report Podcast,” Voelker was a guest on the podcast to preview his fight on Friday night against Bucia for the vacant welterweight title at Shamrock FC 289.