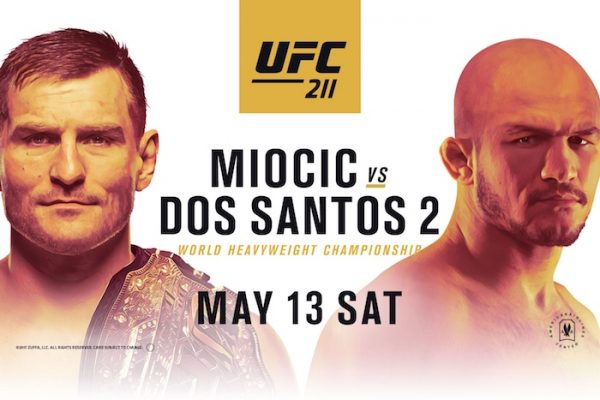 The biggest pay-per-view in 2017 to date will take place on Saturday as UFC 211 will feature two title fights as Stipe Miocic will defend the heavyweight title against former UFC champion Junior dos Santos and Joanna Jedrzejczyk defends the strawweight title against Jessica Andrade.

Along with the title fights, the fight card will feature a key matchup in the welterweight division as Demian Maia looks to secure a title shot in the 170 pound division when he meets Jorge Masvidal.

Jason Floyd and Daniel Galvan will preview all of those fights and the entire UFC 211 fight card on this episode of The MMA Report Preview Podcast. The guys give their top five fights on this fight card, how can the UFC get Miocic over and give their picks for all of the fights.