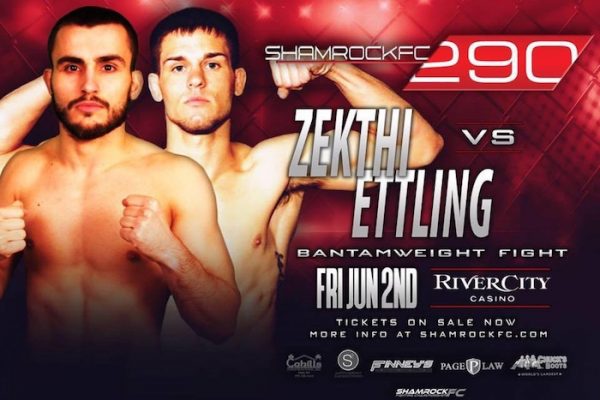 Shamrock FC 290’s Scott Ettling on Erion Zekthi: I do not feel threatened by him whats so ever

Shamrock FC 290 will take place tonight and the main card will feature a bantamweight bout as Scott Ettling will look for his fifth career victory when he meets Erion Zekthi on the fight card coming from the River City Casino in St. Louis, Missouri.

Ettling (4-1) is coming off a submission victory against Cort Wahle at Shamrock FC: Explosion in June and that was his only fight in 2016. All of his victories have come by submission and three of his four wins have come in the opening round.

During this week’s episode of “The MMA Report Podcast,” Ettling was a guest on the podcast to preview his fight tonight at Shamrock FC 290 against Zekthi.