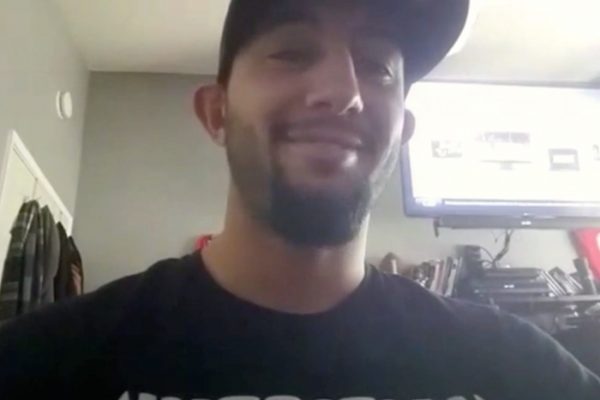 Video: Dominick Reyes recalls KO win at LFA 13 and explains what he wants people to think of him

The LFA debut of rising light heavyweight prospect Dominick Reyes took place six days ago at LFA 13 and everyone has seen the result of the fight as Reyes defeated Jordan Powell by headkick knockout in 53-seconds.

Powell (6-0) has now won back to back fights by knockout in under 60-seconds and this was his third career victory to come by TKO/KO in the opening round. He has only made it out of the first round once in his career and that came in 2015 at King of the Cage: Sinister Intentions as he won a decision against Kelly Gray.

On this edition of “The MMA Report Podcast Extra,” Reyes recalls his knockout win at LFA 13 and explains what he wants people to think of him.