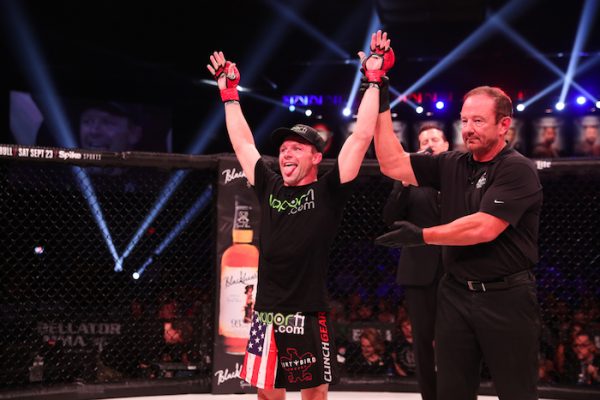 Bellator 181 took place on Friday night from the WinStar World Casino in Thackerville, Oklahoma and was headlined by Derek Campos scoring his fourth straight victory as he defeated Brandon Girtz at the end of the second round due to a doctor stoppage for a cut on the forehead of Girtz.

In the co-main event of the fight card, John Salter made his case for a title shot in the Bellator middleweight division as he submitted Kendall Grove to improve to 4-0 in Bellator.

The complete Bellator 181: Campos vs. Girtz III results are below.