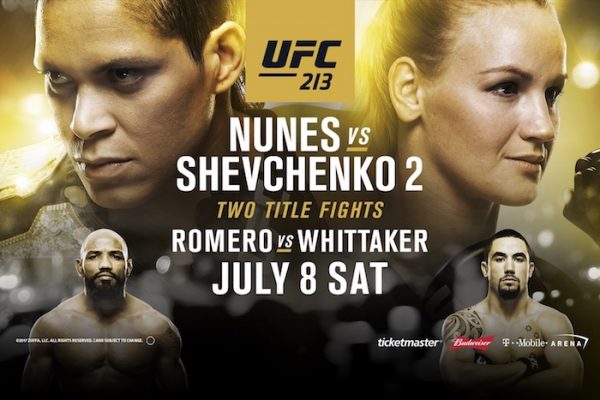 It’s International Fight Week for the UFC and listen to the preview podcast as Jason Floyd and Daniel Galvan preview Friday’s The Ultimate Fighter 25 Finale and Saturday’s UFC 213.

Jason and Daniel will give you their top five fights for this weekend’s UFC fights, which fighters could be on the chopping block, tell you which fighters that are a greater than 2/1 underdog have the best shot to win, which fighter making their UFC debut they are most interested in seeing and how the UFC has promoted women’s bantamweight champion Amanda Nunes leading up to UFC 213.