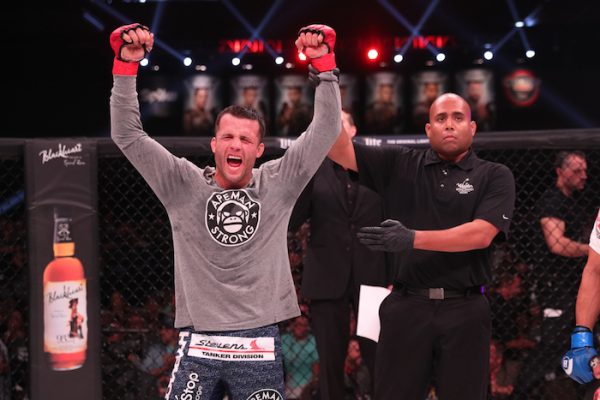 Bellator 184 took place on Friday night from the Winstar World Casino in Thackerville, Oklahoma and was headlined by Darrion Caldwell becoming the bantamweight champion as he scored a decision victory against Eduardo Dantas.

In the co-main event of the fight card, Emmanuel Sanchez scored the biggest victory of his career as he defeated former Bellator featherweight champion Daniel Straus by triangle choke submission in the third round.

The complete Bellator 184: Dantas vs. Caldwell results are below.