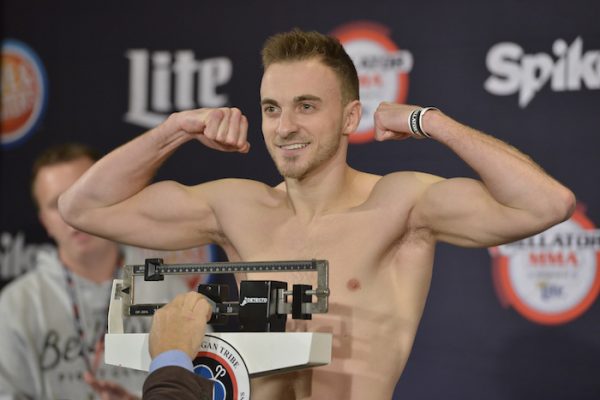 Bellator 185 will take place on Friday, October 20 at the Mohegan Sun Arena in Uncasville, Connecticut and the preliminary card will see a featherweight bout between fighters that are known for quick fights as Pete Rogers Jr. will meet Timothy Wheeler.

Rogers Jr. (2-4) has been out of action for the last 13 months due to an injury suffered in his last matchup at CES MMA 38 and will be looking to snap a three fight losing streak. Bellator 185 will mark the 4th fight in Bellator for Rogers and he owns the fastest victory in Bellator featherweight division history (:11).

On this edition of “The MMA Report Podcast Extra,” Rogers Jr. previews his matchup against Wheeler at Bellator 185. Also, he talks about obstacles in his career and the relationship he has with his father.