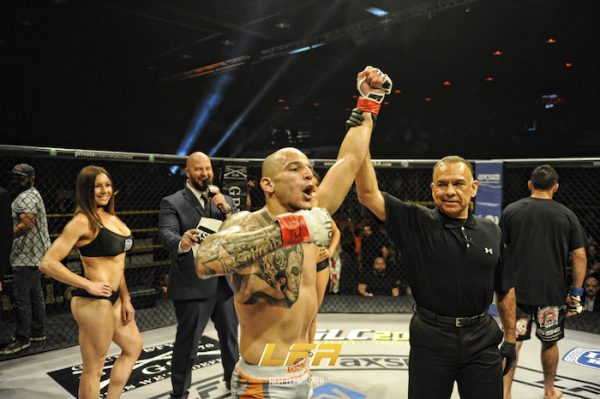 Combate Americas 19 will take place on Friday night in San Antonio, Texas and the fight card will see a featherweight bout as Ray Rodriguez will look for his 13th career victory when he takes on Michael Rodriguez.

Rodriguez (12-4) enters this fight card on a seven fight winning streak and five of those wins have come by submission. His most recent win came back in March at LFA 6 as he scored a split decision win against Rivaldo Junior and this will be his second fight of 2017.

During last week’s podcast, Rodriguez was a guest on the show to preview his fight at Combate Americas 19. Along with previewing his fight, he talked about balancing his life between training, going to college, and family time.