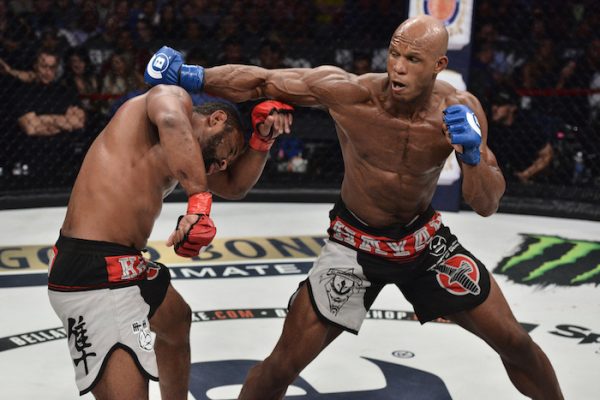 At the beginning of this week’s podcast, Jason Floyd is joined by Daniel Galvan to recap what happened at last week’s UFC Fight Night: Machida vs. Brunson and they discuss the comments made by Colby Covington following the event about the Brazilian fans.

Up next, Jason turns his attention to Friday’s Bellator 186 as he’s joined by Linton Vassell (26:08), Ilima-Lei MacFarlane (35:03), and Emily Ducote (47:48) to talk about their fights that will take place on the campus of Penn State University.

Following those interviews, Jason is joined by three fighters that are scheduled to fight over the next week as he chats with Juan Adams (1:00:47), Peter Barrett (1:13:22), and Jeremy Davis (1:27:42). Plus, Jason talks about some of the latest news in MMA and he will be back on Friday with “The MMA Report Preview Podcast” as he will preview Bellator 186 and UFC 217 with Daniel Galvan.