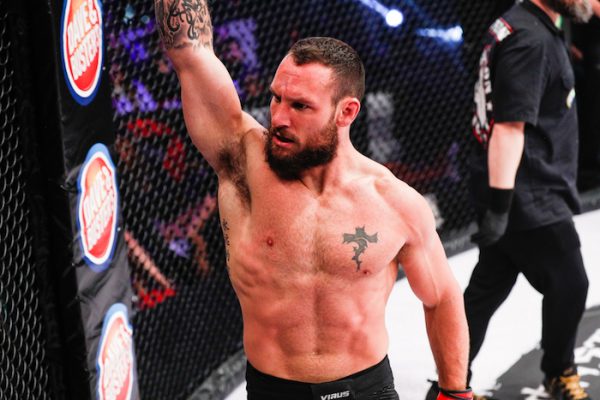 Brandon Girtz talks about his victory at Bellator 190, having his father in his corner, and Christmas being his favorite holiday

Bellator 190 took place earlier this month in Italy and the fight card saw Brandon Girtz snap a three fight losing streak with a knockout victory over Luke Jelcic in a lightweight bout.

The win for Girtz (15-7) marked his first win since defeating Derek Campos by knockout at Bellator 146 and he now has seven wins in the Bellator cage. Five of those seven wins in Bellator have come by stoppage in the opening round and three of his last four wins have come by TKO/KO.

During last week’s podcast, Girtz was a guest on the podcast to recap his victory over Jelcic at Bellator 190. Along with recapping the victory, Girtz talked about having his father in his corner in Italy.

“The whole thing was an adventure,” Girtz said when asked about his memories of fighting in Italy. “The cool thing I did with this one was I had my pops in my corner. He’s been to every single one of my fights. I have never had him in my corner but I had him in the corner and it was a cool experience. He’s always there and in the front row. Looking over and he was right there. The appreciation for the fight. It was really cool to see.”

Check out Girtz’s complete appearance on last week’s podcast below.