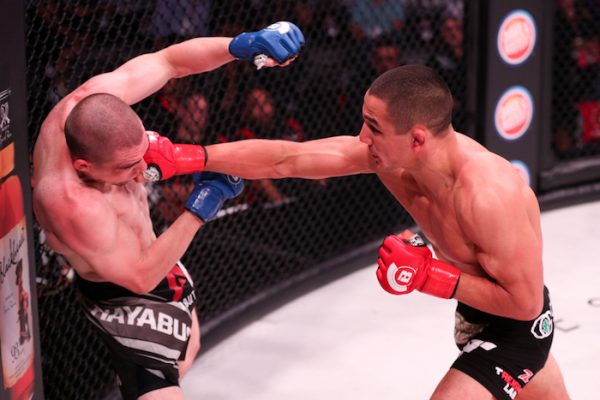 The third professional mixed martial arts fight for featherweight prospect Aaron Pico will take place on Saturday night inside The Forum in Inglewood, California as he will take on Shane Kruchten at Bellator 192 on the Paramount Network.

Pico (1-1) made his highly anticipated mixed martial arts debut last year at Bellator NYC and was defeated by Zach Freeman in 24-seconds. Following that defeat, he returned to competition three months later at Bellator 183 and scored a highlight reel knockout victory in under four minutes against Justin Linn.

During this week’s podcast, Pico was a guest on the show to preview his fight on Saturday night at Bellator 192 against Kruchten. Along with previewing his fight, he talked about the one superstition he has on competition day.