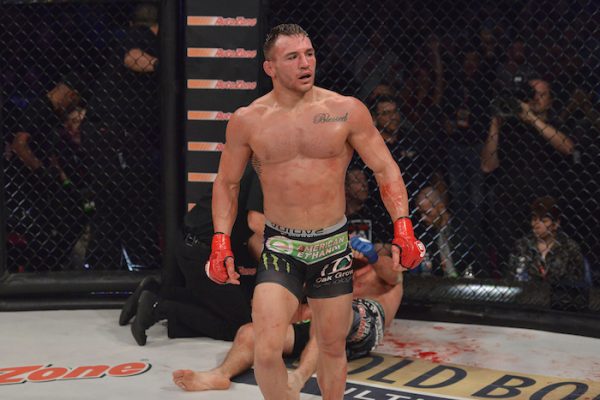 Bellator 192 took place on Saturday night at The Forum in Inglewood, California and was headlined by Chael Sonnen advancing to the semifinals of the Bellator Heavyweight World Grand Prix tournament with a decision victory over Quinton “Rampage” Jackson.

In the co-main event of the fight card, Rory MacDonald won the Bellator welterweight title with a decision victory over Douglas Lima.

The complete Bellator 192: Rampage vs. Sonnen results are below.