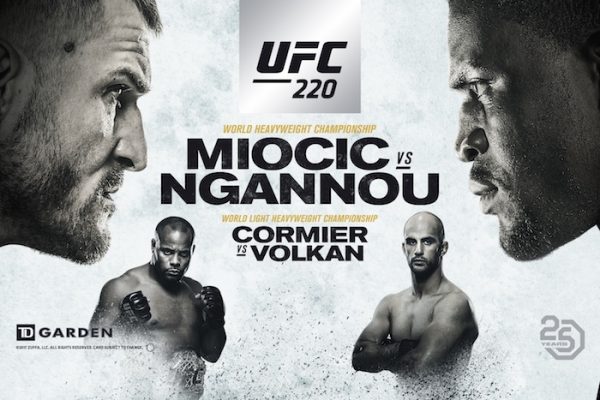 Ratings Report: UFC 220 Prelims and Bellator 192 both peak at over 1 million viewers

The first big fight weekend of 2018 took place last weekend as the UFC and Bellator both held fight cards on Saturday and the television viewership numbers came in early today with both cards peaking over 1 million viewers.

The UFC and Bellator will both return to cable television this week as Bellator 193 will take place on Friday night on Paramount Network (9 p.m. ET) and FS1 will have coverage of the UFC on FOX 27 preliminary card on Saturday (5 p.m ET).