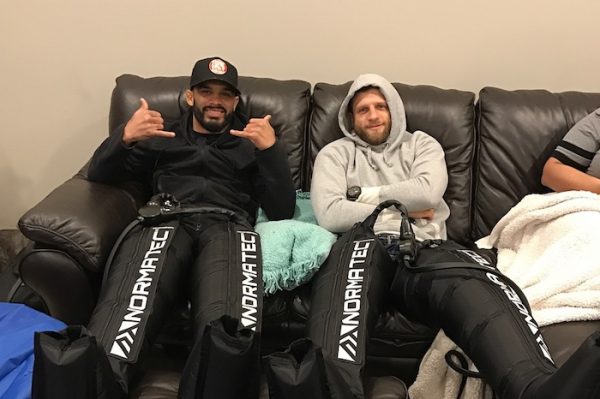 UFC 219 took place last weekend in Las Vegas and get a recap of the fight card on this week’s episode of The MMA Report Podcast hosted by Jason Floyd and Daniel Galvan. From Cris Cyborg retaining the UFC women’s featherweight title to Khabib Nurmagomedov’s dominating victory, the guys touch on it all and answer listener questions about the fights.

Following the recap of UFC 219, Jason has four fighter interviews and up first is UFC featherweight Calvin Kattar (1:00:41) to preview his fight in two weeks at UFC 220. Then, Jason turns his attention to this weekend’s Valor Fights 47 as he chats with Jason King (1:11:53) and Shamir Peshewa (1:26:19) about their fights in Knoxville.

Then in the final interview, Jason is joined by lightweight prospect Blaze Gill (1:42:03) to preview his matchup for the King of the Cage lightweight title next week. Following that interview, Daniel rejoins Jason to start their preview of next week’s UFC Fight Night card in St. Louis and the guys will have a complete preview of the fight card on next week’s podcast.