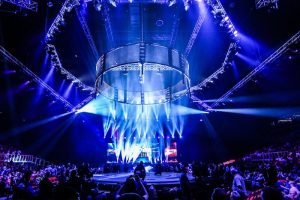 Bellator 194 will take place in two weeks at the Mohegan Sun Arena in Uncasville, Connecticut and it was revealed today that the Mohegan Tribe Department of Athletic Regulations (MTDAR) has implemented new regulations that are parallel to the 10-point plan put into effect by the California State Athletic Commission and its director, Andy Foster.

For those who are not aware, Foster’s 10-point plan was put into place to address severe dehydration from extreme weight cutting and MTDAR Director Mike Mazzulli stated in today’s announcement that he hopes other state athletic commission will take the steps that he took today.

“We can look back to many fighters that have died from severe weight cutting, but two stand out to me,” Mazzulli stated in today’s announcement. “Yang Bing, December 2015 and 18 year old Jessica Lindsay, November 2017, not to mention the numerous fighters that have been hospitalized prior to even getting in the cage (Uriah Hall, Paul Daley, etc.). Over the years, I have spoken to numerous fighters and they told me the worst thing about the sport is not the fight night, but the weigh cut and the weigh-in. The industry must do something to change the culture, and this is one step to assist in the matter. I can only hope that many other Tribal and State Commissions come aboard in an effort to make combative sports safer.”

Below are the new regulations put into place today by the MTDAR.

It should be noted that Bellator MMA has hired Mazzulli to regulate Bellator events that take place outside of the United States and per Mazzulli, the new regulations adopted today by the Mohegan Tribe Department of Athletic Regulations will be in effect for those Bellator events.