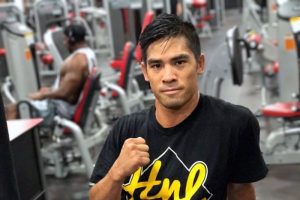 This week on The MMA Report Podcast, Jason and Daniel look back at what happened last weekend in London at UFC Fight Night 127 and Jason has fighter interviews with Tyson Nam, Kali Robbins, and Caleb Williams.

At the beginning of this week’s podcast, Jason talks about being in South Florida last weekend for Shogun Fights. He tells you about the dominating performance by Sean Brady in the main event of the fight card and some of his takeaways from the fight card put on by Alliance MMA. Then, the guys get into what happened last Saturday in London, England at UFC Fight Night 127. From the upset in the main event by Alexander Volkov to the comments made by Kajan Johnson following the event, Jason and Daniel touch on multiple topics related to the fight card.

After discussing UFC Fight Night 127, Jason let’s you hear his interview with American Top Team lightweight Caleb Williams (50:47), who score a viral video knockout in the co-main event of Shogun Fights. Caleb talks about the victory, what’s next for him, and one of his favorite restaurants in South Florida. Up next is Jason’s interview with Invicta FC strawweight Kali Robbins (1:03:27), who will be fighting on Saturday’s Invicta FC 28 event in Utah against Pearl Gonzalez. Kali talks about what’s been going on since her last fight and the matchup against Gonzalez.

Following the interview with Robbins, Jason and Daniel get into Frankie Edgar being booked to compete next month at the UFC Fight card in Atlantic City. Then it’s on to the final interview on this week’s podcast as Jason chats with Tyson Nam (1:34:46) about his fight next week at Fight Nights Global 86 against Zhalgas Zhumagulov. Along with discussing his upcoming fight, Tyson talks about training with LFA bantamweight champion Ricky Simon and how he feels different physically since moving back to Hawaii.