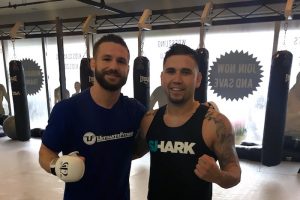 Combate Americas will be holding an event on Friday at the McClellan Conference Center in Sacramento, California and the opening bout of the main card broadcast will be a lightweight bout as Anthony “The Shark” Avila will look to extend his winning streak when he faces Jose Luis Verdugo.

Avila (15-5) is coming off a decision win against Ognjen Salatić at SFL 2018: Tamil Veerans vs Gujart Warriors in February and he’s won back to back fights. Avila is 3-1 in his last four fights and two of those wins have come by submission in the opening round.

On Tuesday, I had a chance to speak with Avila about his fight on Friday against Verdugo at Combate Americas and towards the end of our conversation, Avila spoke about his love for fishing.