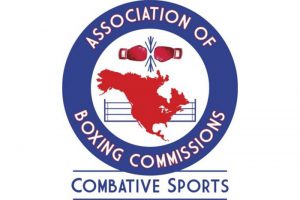 The annual Association of Boxing Commissions and Combative Sports (ABC) meeting started on Saturday in Scottsdale, Arizona and a significant news item came out of today’s meeting in regards to the grounded fighter rule.

As most fans are aware, there are various rule sets in mixed martial arts based on where a fight is taking place. Before every UFC fight card starts, you will hear the play by play announcer note whether or not the fights are under the current unified rules of mixed martial arts or if that commission has not adopted those rules.

The illegal action of kicking or kneeing the head of a grounded opponent: A grounded fighter is defined as: Any part of the body, other than the soles of the feet (excluding fingers) touching the fighting area floor. A fighter will be considered grounded if the palm or closed fist of one hand, and/or any other body part, is touching the fighting area floor.

The change in the definition is contingent upon these terms: After all commissions have made the changes to become unified, and have provided written verification of compliance to the ABC Board of Directors, the new unified rules will become effective by July 1, 2020. In addition, this rule modification is contingent on all commissions returning to the ABC and being present on the process. The end goal for this rule change per the ABC is to have the sport have a unified rule set in all states and tribal commissions to help the fighters have a single rule set.

As of this afternoon, Chairman Haskel Alexander of the Indian Affairs Committee stated that all Indian commissions belonging to the ABC have agreed with the rule change for the safety of the fighter.