The World Series of Fighting 1 weigh-in’s took place on Friday in Las Vegas and the card is now official with ten fights. 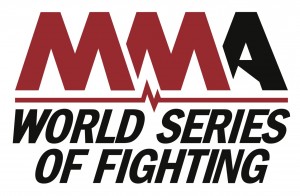 The only fighter on the fight card that was unable to make weight was Travis Bartlett. He weighed in at 208 pounds, which is two pounds over the light heavyweight limit of 206 pounds. For missing weight, his fight with Tyrone Spong will now be a catchweight bout of 208 pounds and Bartlett will be deducted a portion of his purse by the commission.

The full World Series of Fighting 1 Weigh-In Results are below:

* – Bartlett missed the light heavyweight limit of 206 lbs and will be deducted a portion of his purse.
** – Jacoby missed weight on first attempt, but took the additional time allowed to make weight on second attempt.