Bellator 98 took place this past Saturday night at the Mohegan Sun Arena in Uncasville, Connecticut and twelve of the fighters on the card were issued medical suspensions. 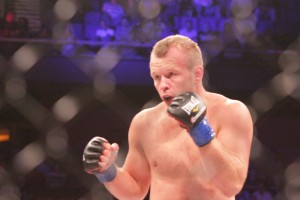 The Mohegan Tribe Department of Athletic Regulations released the results to TheMMAReport.com on Tuesday morning after they were requested.

Shlemenko was suspended 45 days due to a laceration and Cooper received a suspension of 90 days for a concussion. Along with the 90 day suspension, he will need a neurological exam to be cleared.

Four other fighters on the card also received a medical suspension for a concussion including middleweight tournament fighter Brian Rogers. Rogers was defeated by Mikkel Parlo by unanimous decision and he was suspended 90 days due to a concussion.

The only middleweight tournament fighter that won on Saturday night and received a suspension was Perry Filkins. He was suspended for 45 days due to a laceration and Bellator was planning to have him fight on October 4th in the semifinals. With his 45 day suspension, Bellator will have to move the fight to a later date.

The complete Bellator 98 medical suspensions are below.