Bellator confirms the release of 19 fighters 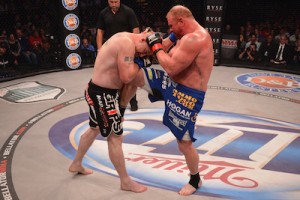 In addition, Bellator confirmed that all of these moves were made before the recent changes in management at the promotion.

The complete list of the fighters that were recently released by Bellator is below.

Note: The original story stated that David Gomez and Adam Parkes were released, but a Bellator official told TheMMAReport.com on late Tuesday evening that both of them are still under contract with the promotion.