Bellator 138 took place on Friday night at the Scottrade Center in St. Louis, Missouri and the main card on Spike TV was headlined by Kimbo Slice defeating Ken Shamrock by TKO in the first round. 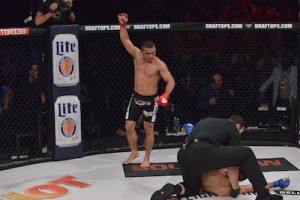 Also on the main card, Patricio “Pitbull” Freire retained the Bellator featherweight title with a knockout victory in the second round against Daniel Weichel.