UFC Fight Night 72 took place this past weekend in Glasgow, Scotland and was headlined by Michael Bisping defeating Thales Leites by split decision. 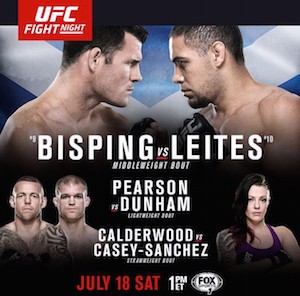 This is the second time in 2015 that the UFC has done a Saturday afternoon card on FOX Sports 1, with the previous fight card coming in April for UFC Fight Night 63. That card average 389,000 viewers from the main card and peaked at 489,000 viewers.