The last year and a half of Melvin Guillard’s career has been interesting as he went from being a UFC fighter, to World Series of Fighting, and will now make his debut with Bellator on Friday night. 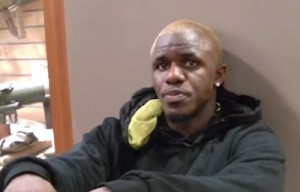 Guillard (32-14-2, 2NC) exited the UFC following a lost to Michael Johnson in early 2014 and ended up signing with the World Series of Fighting.

Things did not go his way in the World Series of Fighting and Guillard was eventually granted his release from the promotion. Shortly after getting release, Guillard was signed by Bellator and he is in a much better place now because he likes his employer.

“Coming from the UFC and going to the World Series, it was a dramatic change,” Guillard told The MMA Report. “It was a change that I was not ready for. Honestly, I thought I was going to spend my whole career in the UFC only, but obviously that did not happen. I am very ecstatic and happy. I mean it when I say it. I am very happy and satisfied with Bellator. All of the things they have give me with the new contract. I can’t be any happier right now.”

“Even for this training camp, this has been my first full training camp in like the last maybe two years. Before, I was on and off. I wasn’t sure if I wanted to fight anymore and stuff like that was going through my head,” Guillard continued. “Now I have a real clear head. I am happy again. I am having fun again. I think that is one of the biggest things. I am actually having fun again. I am excited for what is to come with Bellator.”

Guillard would go on to admit that the last time he was having this much fun in the sport was when he was training at Jackson’s MMA in New Mexico and was on a six fight winning streak. That winning streak came to an end at UFC 136 against Joe Lauzon and feels that nine times out of ten, he could win that fight. He is back to having fun and will be able to show his skills on Friday night against Brandon Girtz.

“Matter of fact, when he sees me, he better start referring to me as sir. I am going to make him my bitch in this fight,” Guillard stated. “You don’t talk to me and call me a one-trick pony when I have more fights in my career than he probably had in his whole life of doing anything else. I am not going to be rude to him and his family. I do not know his family, but I really don’t know him to be honest. I still don’t know nothing about this guy. I just know he is on a three fight win streak.”

“This guy is a nobody. He is trying to build a name off me and it’s not going to work. It’s going to blow up in his face because I am definitely going to knock him out in the first round. It really did get to me that he called me a one-trick pony because if you really check my resume, I have put on nothing but exciting fights. Even when I lost fights. I have put guys in hospitals. I have also retired guys. Obviously, he did not see my Mac Danzig fight. This guy doesn’t know the punching power I possess. He doesn’t know the knees and elbows and how explosive I am. For me to be a one-trick pony, every fight would have to be the same. He is way off when he thinks I am a one-trick pony.”