RFA 31 took place on Friday at the Downtown Las Vegas Event Center in Las Vegas, Nevada and was headlined by Gilbert Smith retaining the middleweight title with a fourth round stoppage victory against Bristol Marunde. 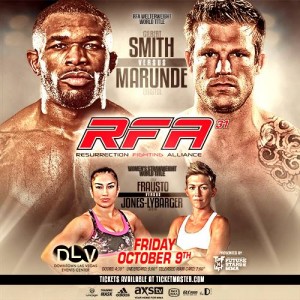 In addition to main event title fight, the co-main event was also a title fight as Jocelyn Jones-Lybarger won the vacant women’s strawweight title as he defeated Zoila Frausto by unanimous decision.

The complete RFA 31 results and video highlights are below.