The co-main event of tomorrow’s Bellator 146 fight card will be a featherweight bout as Jordan Parsons will look for his third win in Bellator when he meets Bubba Jenkins. 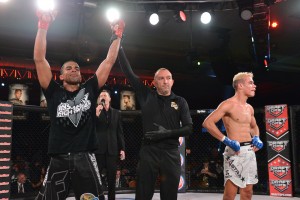 Parsons (11-1) has won both of his fights in Bellator by stoppage and the most recent win came in May as he submitted previously unbeaten Brazilian Julio Cesar Neves Jr. by arm-triangle choke.

On Tuesday’s edition of The MMA Report Podcast, Parsons was a guest on the show to preview his fight tomorrow night in Oklahoma against Jenkins and explained why he left Alliance MMA in California for the Blackzilians in Florida.