Sam Caplan and Jason Floyd are back with another edition of The MMA Insiders Podcast and they began the show by discussing the knockout victory by Holly Holm at UFC 193 to win the UFC women’s bantamweight title. 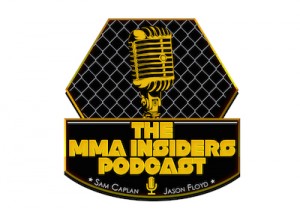 Along with discussing the victory by Holm over Ronda Rousey, the guys break down everything that happened before, during, and after the fight including how the sports world has reacted to the fight. Sam gave his opinion on whether the UFC should book an immediate rematch and Jason talked about the amount of bars and restaurants that purchased the event.

Other topics from this week show include Luis “Sapo” Santos missing weight for his scheduled rematch against Ben Askren, Ramsey Nijem’s comments about his exit from the UFC, update on UFC anti-trust lawsuit, is another Bellator fighter going to be on the Rizin card, and the guys answered fan questions.