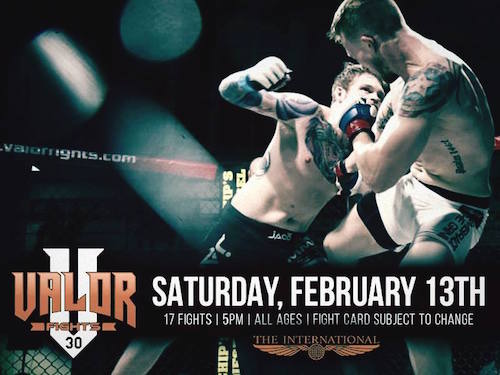 Just like a majority of younger fighters, Freddie Walker was introduce to MMA during The Ultimate Fighter 1

Valor Fights Amateur bantamweight champion Freddie Walker will be defending the 135 pound title tonight in Knoxville, Tennessee at Valor Fights 30 when he is challenged by Austin Childers. Along with the title being on the line, this fight is a UMMAF qualifier.

Walker’s introduction to mixed martial arts is a familiar story to many young fighters. The first time he saw the sport was during the inaugural season of The Ultimate Fighter and he would end up training for the sport two years after seeing the first season of the UFC reality show.

“It probably go back to 2005 and season one of The Ultimate Fighter,” Walker told The MMA Report. “I just started watching that I thought it was awesome. I became a fan and slowly transitioned into MMA from that.”

Walker (4-1) won the vacant amateur Valor Fights bantamweight title last year when he scored a decision over Rodrigo Gonzalez at Valor Fights 29. When I talked to his opponent last week, Childers understood what was on the line in the first. However, he just viewed it as another fight and Walker views the fight the same exact way.

“I kind of have the same mindset to it,” he explained. “I just focus on the fight. I don’t really think about the whole thing going into it. It’s going to be a lot of fun to get the opportunity to fight out west like that. So you get to match up with other fighters and stuff. I am just thinking about this fight as that is all I have been thinking about for the last eight weeks.

Check out Walker’s complete interview from Thursday’s The MMA Report Podcast below.