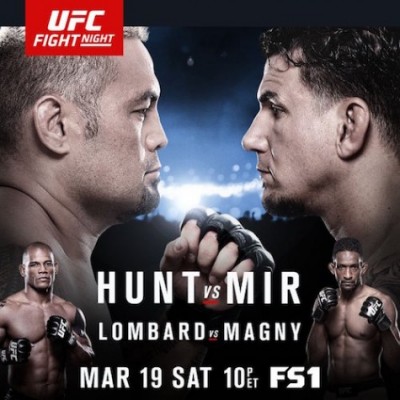 Two new fights have been added to next month’s UFC Fight Night 85 as Justin Scoggins will meet Ben Nguyen in a flyweight bout and Rin Nakai returns to face Leslie Smith in a women’s bantamweight bout.

UFC Fight Night 85 will come from the Brisbane Entertainment Centre in Brisbane, Australia on Sunday, March 20 (Saturday, March 19 in North America) and will be headlined by a heavyweight bout as Mark Hunt meets former UFC champion Frank Mir.

Scoggins (11-2) is coming off a decision win last weekend at UFC Fight Night 85 against Ray Borg and he has gone 4-2 in the UFC. Three of his four wins in the promotion have come by decision and his other victory in the promotion came by TKO against Richie Vaculik. Nguyen (14-5) made his UFC debut last year and he has won both of his fights in the promotion by stoppage. He is currently on an eight fight winning streak and his last defeat came in 2010.

Nakai (16-1-1) lost her UFC debut in 2014 against Miesha Tate by unanimous decision and this will be her second fight in the UFC. Ten of her sixteen wins have come by stoppage and six of those victories have come by submission. This will also be the first fight for Smith (7-6-1) since 2014. She has gone 1-2 in the UFC and her last fight was a TKO defeat against Jessica Eye.

The current UFC Fight Night 85: Hunt vs. Mir fight card is below.