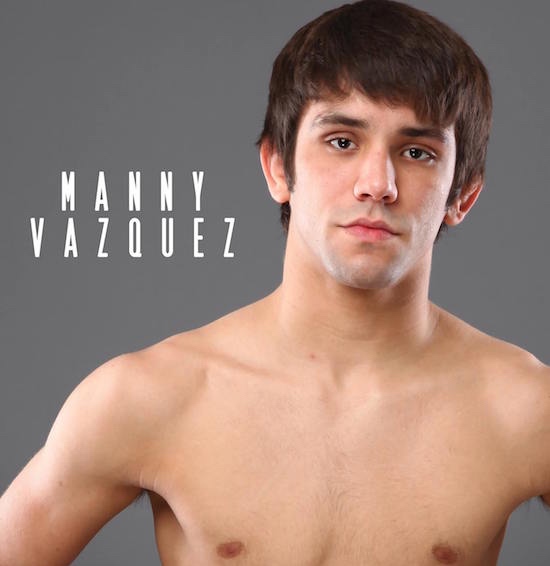 Legacy FC 51’s Manny Vazquez: I know that I belong there and I know I am better than Ricardo Ramos

We have all heard the cliché in sports about when opportunity knocks on your door, you have to open that door and that is exactly what bantamweight Manny Vazquez did three weeks ago when Legacy FC called his management about taking on Ricardo Ramos for the vacant bantamweight title on Friday night.

While Vazquez (8-1) is a young fighter in this sport, this is not the first time that he has taken a fight on short notice. Back in 2014, he took a fight in King of the Cage promotion on three days notice against Shane Moffitt and ended up winning by submission. Due to that victory, King of the Cage brought him back for a main event fight against Shane’s brother, John DeVall and Manny would get another victory in the promotion as he won by decision.

“That was pretty crazy,” Vazquez told The MMA Report. “I had fight beforehand and the whole fight fell through. I did not think I was fighting. I was kind of bummed out. They called me last second to fill in. I watch this guy and he looked pretty tough. The kid wanted to fight and King of the Cage is a pretty big show.”

“I ended up fighting his brother,” Vazquez continued. “It’s funny because his brother was like was having a full conversation with me. Trying to get as much info about me as he could before I fought Shane. I had no idea that it was his brother.”

Ultimately, the situation that happened at King of the Cage was one of the biggest lessons for Vazquez in his career. He knows that you have to always be ready to go as you never know when a promotion may call with a fight offer.

“I’ve had people that I train with and people that I know — fight doesn’t go through and something happens and they get out of shape,” he said. “They get kind of fat and a big opportunity kind of comes their way and they are not ready for it. I do not want to be the one to regret that down the road. Ideally, I do not like to take a fight on short notice but you have to take opportunities when you get them. For me, this sport has been a constant proving myself every single fight. You learn a little more about yourself every time.”

As the enters Legacy FC 51, Vazquez will be the underdog in the fight. There are some people in the industry that feel his opponent will end up in the UFC with a victory on Friday night. With that being said, some people may feel that all of the pressure in this fight is on Ramos and not Vazquez. However, Vazquez does feel pressure heading into this fight as there is pressure in every fight and he wants to show the entire mixed martial arts community that the UFC should be looking at him.

“Sure, there is a little of pressure taken of. But I always put a lot of pressure on myself,” Vazquez explained. “I know that I can hang with the best in the world. I expect that much out of me. For me, I know that I belong there and I know I am better than this guy. If I come how I should, I should have no problem. I can see how there would be no pressure, but for me there still is. Because I expect myself to go out there and get the win no matter what. No matter what the excuse could be.”

The moment he realized that he could hang with the best fighters in the world was when he was 19 years old. He was just three years into his mixed martial arts training and got the opportunity to train with Frankie Edgar, Akira Corassani and Frankie Perez in New Jersey. Following those training sessions, he knew he could hang with the best in the world and his opportunity to show the UFC this comes on Friday night against Ramos.

It has been speculated that UFC President Dana White will be in the building on Friday night to watch the main event and Vazquez plans to make a statement to White. In fact, Vazquez believes he is going to put his opponent in a position he has never been in before and will be looking for the finish from the moment the referee starts the fight.