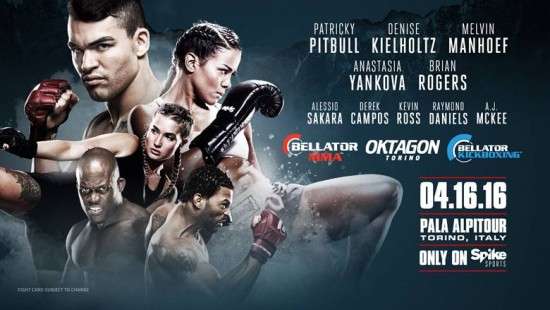 Bellator 152: Heading into Bellator debut, Alessio Sakara says his days at middleweight are over

The Bellator debut of Alessio Sakara will take place on April 16 in Italy as he will meet Brian Rogers in the co-main event of Bellator 152 in a light heavyweight bout.

Sakara (17-11, 2NC) has gone 1-0, 1NC since his exit from the UFC and is coming off a TKO win against Dib Akil in September. On Tuesday’s edition of “The MMA Report Podcast,” Sakara explained that his days at middleweight at over due to the amount of weight he had to cut to make 185 pounds.

“I fight at light heavyweight,” Sakara stated. “205 pounds is different. When I fight in the UFC, I fight in the middleweight division and that division was very bad for me because I need to cut too much weight.”

Check out Sakara’s complete interview from Tuesday’s episode of “The MMA Report Podcast” below and be sure to subscribe to the show on iTunes and Stitcher.