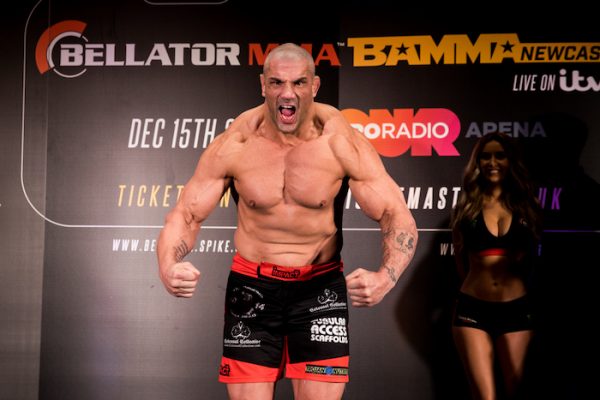 The Mohegan Tribe Department of Athletic Regulations has suspended James Thompson for one year after the heavyweight fighter tested positive for Drostanolone at Bellator 191 earlier this month.

The positive drug test was confirmed to The MMA Report on Friday by Mohegan Tribe Department of Athletic Regulations Director and Association of Boxing Commissions and Combative Sports President Mike Mazzulli. Along with being suspended for one year, Mazzulli has fined Thompson $2,000 and he will have to submit a clean drug test to come off suspension.

For those who are not aware, Bellator hired Mazzulli in May of 2016 to regulate its international events. Along with regulating Bellator international fight cards and events that take place at the Mohegan Sun Arena in Connecticut, Mazzulli has been doing in-competition and out-of-competition drug testing for fighters competing on events that he regulates. Prior to Bellator 185 in October, Mazzulli ordered out-of-competition drug testing for Gegard Mousasi and Alexander Shlemenko. Both of those drug test results came back prior to the fight and both came back clean.

If you listen to my podcast, I always mention about perception vs. reality in mixed martial arts. The perception about Bellator during the Bjorn Rebney era and the Scott Coker era is that there’s not much drug testing going on in the promotion. This story is another example of how drug testing does take place in the promotion and I firmly expect to find out that the California State Athletic Commission will be doing drug testing for Bellator 192 in three weeks.