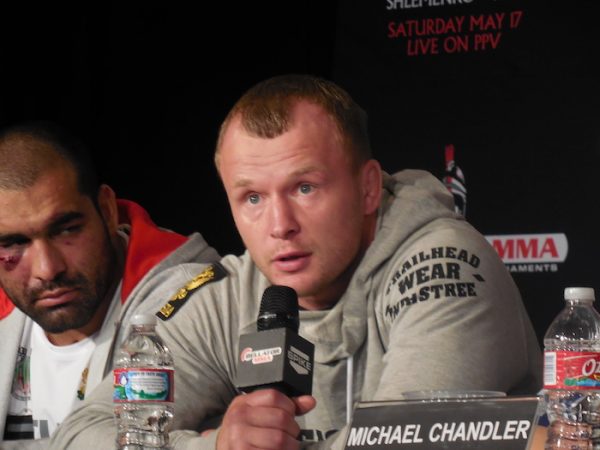 Bellator MMA will be returning to the Mohegan Sun in Uncasville, Connecticut in October and multiple fighters on the fight card have submitted out-of-competition drug test to the Mohegan Tribe Department of Athletic Regulations including former Bellator middleweight champion Alexander Shlemenko.

Bellator 185 will take place on Friday, October 20 and will be headlined by the promotional debut of Gegard Mousasi as he will meet Shlemenko in a middleweight bout.