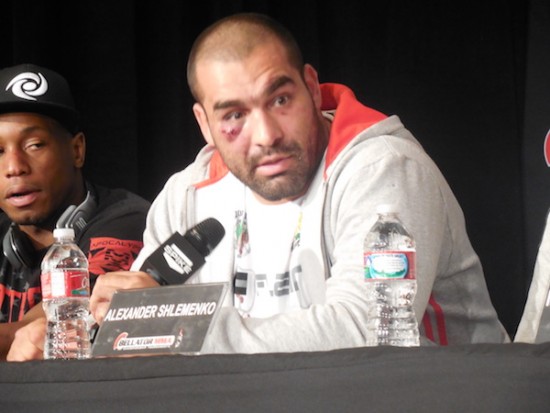 The main event of WSOF 31 on June 17 at the Foxwoods Resort Casino in Mashantucket, Connecticut will be a title fight as Blagoy Ivanov will defend the WSOF heavyweight title against Josh Copeland.

The fight booking was announced by the WSOF in a press release on Tuesday and the promotion also announced that Jason High will meet Mike Ricci in the co-main event of the fight card.

“We are looking forward to returning to the great state of Connecticut, and putting on another phenomenal world championship event featuring some of our top superstars, for fans at Foxwoods Resort Casino,” said WSOF President Ray Sefo.

Ivanov (13-1, 1NC) won the WSOF heavyweight title in his promotion debut last year as he submitted Smealinho Rama at WSOF 21. He will enter this fight following a successful title defense against Derrick Mehman and eleven of his thirteen career victories have come by stoppage. Copeland (12-3) won his WSOF debut earlier this month as he defeated Mike Hayes by unanimous decision at WSOF 29. He has won three of his four fights since exiting the UFC and the one defeat came against current Bellator heavyweight champion Vitaly Minakov.

Tickets for WSOF 31: Ivanov vs. Copeland will go on sale on Friday, April 1 at 10 a.m. ET, at WSOF.com and Foxwoods.com.