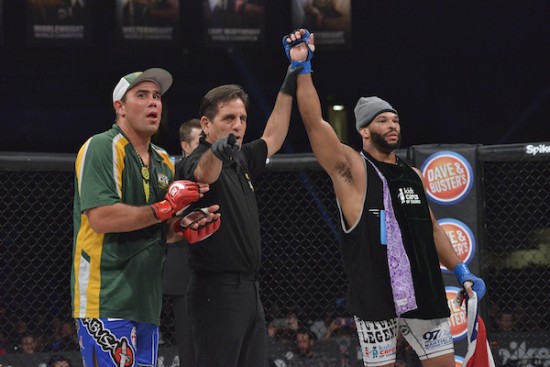 Brian Rogers hopes there is drug testing at Bellator 152

Brian Rogers will be looking to improve to 2-0 in the Bellator light heavyweight division on April 16 at Bellator 152 in Italy when he meets Alessio Sakara in the co-main event of the fight card.

On last week’s edition of “The MMA Insiders Podcast,” Rogers was a special guest co-host and during the show, Rogers talked about how he hopes there is drug testing next month in Italy for the entire Bellator 152 card.

“I will be honest with you. I am worried about going into my next fight in Italy,” Rogers said. “I don’t know if we are getting drug tested or not. I hope the whole card is but I don’t know who the governing body. If it’s Italian people or part of the U.S. is coming over. I think it’s up more to states and athletic commissions. More than promotions in my opinion.”

“The UFC has done a good job of having their own drug testing built in and employing people,” he continued. “Bellator does not have the same — I wouldn’t say Bellator doesn’t have the same amount of funds. Obviously, they are Viacom owned. They don’t spend the amount of same funds for things like that. I am a little bit worried going into my fight that people have the tendency — have the ability to use drugs and steroids without being tested going over there.”

Check out Rogers complete thought on drug testing in mixed martial arts below and be sure to subscribe to “The MMA Insiders Podcast” on iTunes and Stitcher.