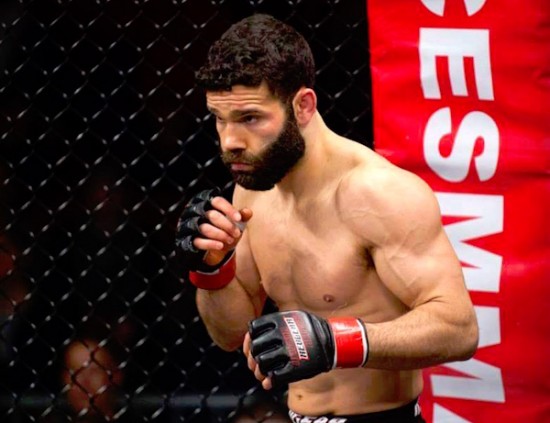 Lightweight Lewis Corapi will be returning to the cage in one week as he will be facing Keenan Raymond at CES MMA 35 at the North Shore Music Theatre in Beverly, Massachusetts.

Corapi (7-2) is coming off a win against Jeff Anderson at Combat Zone 56 by unanimous decision and he was a guest on Thursday’s edition of “The MMA Report Podcast,” to preview his fight against Raymond. During his appearance on the show, he was asked how much Peter Barrett has been an influence in this camp since Barrett has already faced Raymond.

“I don’t really like to think to much what the other guy is doing,” Corapi stated. “Obviously, it does play a part. I am more worried about what my game is going to be. I have things I am going to work on and things that have been tweak specifically for him. But as far as digging into Slippery Peter Barrett’s mind and experience into the kid, I am not digging to much. Asking some suggestions here and there. Overall, I am just worried about doing me and imposing my game.”

Check out Corapi’s complete interview from Thursday’s episode of “The MMA Report Podcast” below and be sure to subscribe to the show on iTunes and Stitcher.