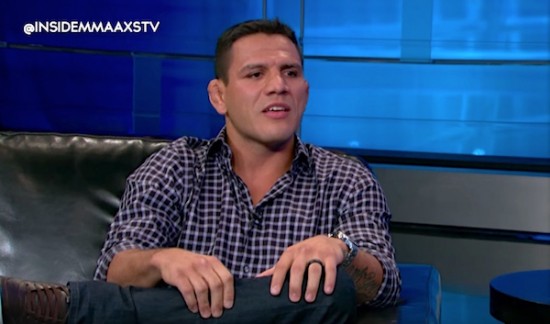 Video: UFC lightweight champion Rafael dos Anjos says he will be ready to return in July

UFC lightweight champion Rafael dos Anjos was slated to defend the UFC 155 pound title last month, but an injury suffered less than two weeks before the fight forced him to pull out of his title defense against current UFC featherweight champion Conor McGregor.

Dos Anjos (25-7) was a guest on Friday night’s edition of “Inside MMA” on AXS TV to discuss how his recovery from the injury has been doing and explained how he will be ready to get back into the octagon in July.

Check out the complete interview with Dos Anjos from “Inside MMA” on AXS TV below, which also includes the UFC champion discussing who may be next for him and McGregor.